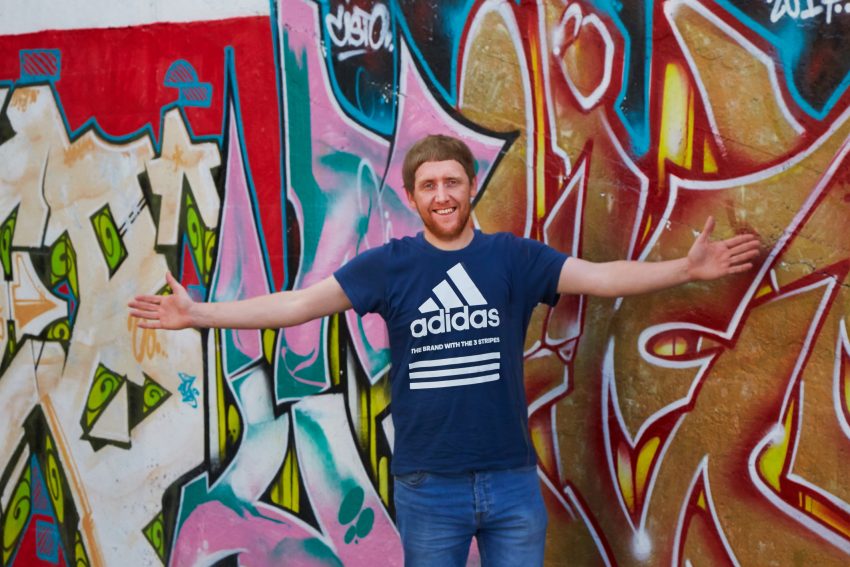 ‘’In Paris, we have many Phibsboros,’ says Anne Bedos, owner of the Rothar Bike shop on the Phibsboro Road.  It strikes a chord, although perhaps it takes someone from outside to see it in perspective; Phibsboro is a densely-populated urban village in a fast- growing, high-energy capital city.‘Phibsboro is a mix of stories and people; old-style Dubs and new Irish, it’s friendly, open and dynamic, very urban, sometimes edgy, always Bohemian’, says Bedos. ‘I love to spend time here.’   ‘Embracing her passion for cycling, Bedos, who has a degree in Polictical Science, opened Rothar in recessionary Dublin and the store had been very successful, a trend that Bedos believes will continue. ‘There has been noticeable change in Phibsboro in the last few years, and with the new Luas and the development of Grangegorman and the shopping centre, I think the coming changes will be huge.’

The original village of Baile Phib stood at Monck Place, which was the edge of the city of Dublin in the eighteenth century, but it was in the late nineteenth and early twentieth century that the Phibsboro we know was built. The Great Western Railway terminus Broadstone Station was completed in 1850 and the North Circular road followed not long after; the eponymous ‘Doyle’s Corner’ was originally known as ‘Dunphy’s Corner’ (there was a pub of that name there before Doyle made an appearance) and is described as such by James Joyce in Ulysses as  Paddy Dignam’s funeral procession makes its way to Glasnevin Cemetery. The Great Western Railway company was responsible for large swathes of Phibsboro’s Victorian housing, built for workers on the railway in the late 1800’s, Cabra Park (off St Peter’s Road) was similarly built for employees by the Tin Box Company in Ashtown

Straddling the divide between old and new is The Woodstock café, a Phibsboro institution, built on the site of the old Bohemian Cinema.  ‘Crazy, cultural, historic’ is owner Angela Ruttledge’s description of Phibsboro.  ‘It’s completely eclectic, a mix of long-term residents and those passing through, every age and nationality, a very warm and vibrant place,’ says Ruttledge. The Woodstock was opened by Rutledge’s mother and brother in 1993, Ruttledge left a career as a solicitor to join in 2009.  The mix of customers is extraordinary, pensioners, eccentrics, hipsters, young families, business people working on laptops, the Woodstock caters for everyone from old-school meat and spuds to vegan, and does it very well.   Everybody talks to everyone else, be they acquaintances or complete strangers. How did they create that atmosphere? I ask Ruttledge ‘We didn’t, it’s just the character of the area,’ she shrugs. ‘I could write a book on the characters in the Woodstock every day.’

Across the road, the famous Dalymount Park reached a zenith in the fifties.; the Ireland vs England match in 1957 had an official attendance of 48,000. ‘There were more than that there though,’ remembers long-time Phibsboro resident Tony Maguire. ‘I was fifteen years old and I had a ticket; they were gold dust!  But there were so many people there, we ended up jumping over the turnstiles just to get in.  When John Atyeo scored the decider, you could hear a pin drop in Dalymount.  People were weeping.  Phibsboro will always be Phibsboro, there were always characters around. Everything changes, but Ted’s (Mc Geoghs The Bohemian Bar) is one of those few pubs where you can go in after twenty years to enquire after somebody, and someone in there will know about them .’

In 1968, in what many consider an act of desecration, part of the original Victorian streetscape, a terrace of single story home with long front and back gardens,  was demolished to make was for the new Phibsboro Shopping Centre.  Although this was supposed to usher in a brave new world, it marked an acceleration of the decline of the handsome Victorian suburb.  With the innovation of road traffic Broadstone Railway Station had closed in 1937, the canals were no longer an artery for commerce, and Phibsboro became the scene of urban decay.   The last international was played in Dalymount in 1985; with names like Bonner, Mc Grath, Brady Stapleton and Houghton on the pitch, it was a sad day when it became obvious Dalymount was no longer a suitable venue for large crowds.

In converse fashion, the seeds of the resurgence of Phibsboro were sown in the recession; but that’s Phibsboro for you.  ‘In a way, Phizzfest was the result of the recession,’ says Marion Fitzpatrick, who with Tina Robinson initiated and organised the by now well-known arts festival. ‘There were many busy people who had suddenly lost their jobs, had an impressive skill set and were ready to get stuck in.’   The festival has been supported from the start by the amazing number of eminent personalities who live in or close to Phibsboro: Artistic Director of Fishamble, Jim Culleton, Director of Dublin Theatre Festival, Willie White, artist Robert Ballagh and writer Dermot Bolger have all been involved from the start; actors Pauline Mc Glynn, Angeline Ball and Aiden Gillan have all weighed in to help.  From an arts festival Phizzfest has morphed into a community pressure group as well; the ‘Put yourself in the Picture’ visual arts project with Dorothy Smith has become the Reimagining Phibsboro Campaign.

For Phibsboro is being reimagined, make no mistake about it.  Grangegorman is being redeveloped as a student campus with housing, Broadstone Station will once again be a hub of transport with the Luas stopping also at Grangegorman, Phibsboro and Cabra, and there is a  proposed redevelopment of that concrete elephant, the Phibsboro Shopping Centre. Unfortunately as it turns out, it is actually an asbestos elephant. Demolition would cost over 20 million euro, so it is never going to be levelled. Pity.

Daniel Lambert is passionate about Phibsboro, Bohemians Strategic Planning officer and also co-owner with his sister Grace of Bang Bang Café, so I go along there to meet him.  Called after the eccentric Dubliner Thomas Dudley, Bang Bang is surprising in many ways. Firstly it’s not just a café, it’s another of those unique meeting places for Phibsboro-ites where everyone wanders around talking to everyone else; I have an interesting conversation with a pretty collie and a small terrier sitting outside with their mistress.  Secondly, there’s a lot more than coffee going on; there is a grocery with local foods that are really local, bread from Oxmanstown Road, pastries from Smithfield, honey from the Strawberry Beds.

There are also vintage clothes and records, a schoolgirl on the road makes preserves which Daniel sells, but he won’t take commission for any of these.  ‘I would rather help someone out than have an extra hundred euro in my pocket,’ he explains.  The most touching thing about the café for me are the ‘dignity bags’, small rucksacks hanging on hooks just inside the door.  Made up by Bray teenager Molly Comish, they are provided free to those who need them, containing basic toiletries and energy bars, a reminder that there are many in our capital city in real need. As I leave Bang Bang I spot a Palestinian flag flying from the top of the derelict Bolands Mills at Cross Guns Bridge. Ah, Phibsboro.

Daniel takes me on a ’warts and all’ tour of Dalymount, which is really beautiful and really sad, having the same faded grandeur that characterises much of Phibsboro.  The huge stadium has only attendances of about 1500 now, and the unused stands are weed-choked, although colourful, as Lambert has invited local graffiti artists to use the concrete as a canvas. Bohemians is owned by around 550 local people who each contribute a euro a day (€365/year) to the running of the club, but it’s shoestring budget for a professional football club. Dalymount is a potentially fantastic facility for a city-centre sporting venue, with a fascinating history and a source of great memories for many. The club has recently negotiated the transfer of the grounds to the Dublin City Council for redeveloping the club, and it is to be sincerely hoped that appropriate capital funding will be available to create a real asset for the city.

The wave of regeneration is carrying new business with it as the savvy spot the regeneration of Phibsboro and join in early on.  Two Boys Brew opened in the summer of 2016 when Kevin Roche and his partner Taurean Coughlan, returning to Dublin from four years in Melbourne, fulfilled a cherished ambition by opening a specialist coffee shop. Roche has a background in construction, Couglan in media but both have a keen interest in food and coffee, and felt the Melbourne model of healthy-eating, relaxed coffee shops would work well here. Our mantra is Food (healthy relaxed, tasty ), Coffee (top of the range, specialist) and Space (well-designed, comfortable and atmospheric)’, explains Roche. ‘There is massive change afoot in Phibsboro with the development of Grangegorman, regeneration of the shopping centre and coming of the Luas, and it has always had a really Bohemian mix of people. We saw an opportunity and took it’.

Innovative music, events and brewing company Bodytonic opened The Back Page, a sports- themed pub on Phibsboro Road in November 2014, the Bernard Shaw, Beatyard and Eatyard are just some of their other highly successful ventures.  The Backpage concentrates on sport, craft beer and good pizza, but also has lots of board games available for whoever wants them and a games room upstairs.  In an inspired move, they also host a Game Of Thrones evening on Mondays, reversing the trend of people sitting in their living rooms with take-outs watching TV, why not watch it together in friendly Phibsboro?  ‘The Bodytonic team know what they’re doing,’ comments ODKM architect Declan O’ Donnell, a judge on RTE’s Home of the Year, who consulted on the Eatyard project. ‘If they decided to select Phibsboro as their first move north of the Liffey, then Phibsboro is the next big story.’

Property scout Wesley O’Brien was ‘a property anorak’ from the day he left school.  His grandfather was an engine driver on the Great Western Railway and lived in Great Western Villas, so he has a long association with the area. ‘I’ve sourced homes in Phibsboro for clients, and over the last few years found very good value, especially in small red bricks in need of total renovation which can be transformed into very lovely characterful townhouses. Phibsboro is a very dynamic area, very close to the city centre, and my experience is that prices are now climbing rapidly.’